The Damned United tells the story of Brian Clough (Michael Sheen), the controversial manager of the Leeds United football team who was sacked in 1974 after only 44 days. The film crosses between 1968 and 1974 where Clough, formerly the manager of Derby with his friend Peter Taylor (Timothy Spall), grew to hate Don Revies (Colm Meaney) the current manager of Leeds United at the time  for his teams brutal playing style and Revie’s cold attitude to Clough and his team. This rivarly becomes almost an obsession to Clough, who wants to beat all of Revies records.

When offered the chance to manage Leeds United in 1974, Clough jumps at the chance, leaving Taylor behind. However, he has to contend with players that hate him and being in the shadow of the legacies of Revies. After Leeds United loses four games and falls to the bottom of Division I, Clough is fired but not before extorting a large severance package. Clough goes on TV to air his grievances only to blindside by Revies, and the two take turns swiping insults at each other.

Clough goes to see Taylor and asks to be partners with him again, apologizing profusely for his previous actions. The epilogue of the film states Revies became the manager of England, but utterly failed as a manager. Revies then got a contract for the United Arab Emriates before leaving in alleged financial misconduct and overall tarnishing his legacy. Clough and Taylor manage a small club Nottingham Forest and go to win the European club in 1979 and 1980, something no other manager has done. The final card states that Brian Clough is the greatest manager the England team never had. 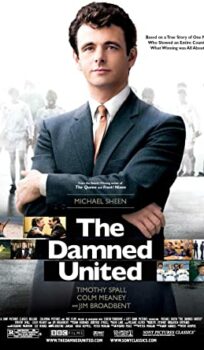