Pooper:
The Bruja eventually possesses Jill while she stands in the box, thus allowing David to lock the Bruja/Jill away. David, like Felipe before him, vows to watch over the box until he can find a way to free Jill from the Bruja’s possession.

Long Ending:
The film starts with David Reynolds (Peter Facinelli) holding the door to a giant box shut as something bangs at the door from the other side.

We flash back to see David in Colombia with his fiancée, Lauren (Sophia Myles). They are there to visit David’s daughter, Jill (Nathalia Ramos), who has been living there with her Aunt Gina (Carolina Guerra). They want Jill to come home and attend their wedding, although it is clear that Jill does not like Lauren. Gina left Jill’s passport at her house in another city, so along with Jill’s boyfriend Ramon (Sebastián Martinez), they all begin driving to Jill’s house to retrieve it.

A torrential downpour hits while they drive through a mountain pass. They are pulled over by a police captain named Morales and told to take a detour. Gina ignores him and continues down the road until (surprise surprise), a flash flood washes their car off the highway. Lauren is injured and they wander into the forest to find help. They stumble upon an abandoned inn run by an elderly man named Felipe. He begrudgingly lets the group in, but notes that he has no phone to call for help. He also tells them not to wander the inn, but the group ignores him (of course).

Eventually, Ramon and Jill hear a voice calling for help from the inn’s basement. They walk downstairs to find a giant box padlocked shut. Inside the box is a young girl. The two try to free her but are caught in the act by Felipe, who attempts to stop them. Felipe is knocked out by David and tied up while the others finally break the padlock and let the girl out. The girl says her name is Ana Maria, but won’t talk much beyond that. Eventually, Felipe escapes from his bonds and attacks Ana Maria with a knife, but is shot dead by Ramon before he can kill her. The group notes that Felipe slit his wrists before attacking. As they investigate further, they find religious symbols carved into the box and scrawled in Felipe’s journals. They decide to spend the night at the inn until the storm ends.

Gina is approached by Ana Maria while she is alone in the kitchen and Ana Maria reveals that she knows Gina had an affair with her boss and secretly aborted their illegitimate child. Gina’s stomach begins contorting and she screams and passes out. The others come to investigate and find Ana Maria dead next to Gina. When Gina awakens, she can’t remember anything and becomes desperate to get out of the house. She goes upstairs to try and get a better cell phone reception and David sends Ramon to accompany her. Captain Morales shows up at the inn and, upon finding Felipe and Ana Maria dead, pulls his gun and tries to put David, Jill and Lauren in the box. They overwhelm him and Morales eventually tells them that Ana Maria was Felipe’s daughter who had been possessed by a witch named the Bruja. He recounts that he and Felipe are the last descendants of the people who hung the Bruja on nearby Gallows Hill. The Bruja now seeks revenge on them using her powers of possession.

The Bruja has the power to possess the body of anybody who kills her current host body and will not rest until she kills all those linked to her hanging. Felipe sacrificed his daughter Ana Maria so that they could capture the Bruja in the box (the religious symbols contained the Bruja’s powers) until they could find a way to get Ana Maria back and destroy the Bruja. The group soon deduces that Gina must now be possessed. Morales also tells them that the Bruja can look into anybody’s soul and unearth their secrets.

Meanwhile upstairs, Gina/Bruja attempts to seduce Ramon. When he eventually turns her down, she notes that Ramon seduces American girls like Jill and then convinces them to act as drug mules. She tells Ramon that one such girl died when a bag of drugs exploded in her stomach. Ramon is visibly upset and pushes Gina down where she breaks her neck. Ramon also ends up shooting her dead and getting possessed himself. Morales tells the others to flee in his car and he will do what Felipe tried to do, commit suicide and kill the Bruja before he dies (thus, when she possesses his body, he will die with her soul in his  body and since his death was self-inflicted, she will have no other body to possess). The others try to flee, but Ramon was hiding in Morales’ car. A struggle ensues and the car crashes into a lake. Lauren handcuffs Ramon to the car so that they can all escape, but Ramon ends up drowning and the Bruja possesses Lauren.

David captures the possessed Lauren, who reveals to Jill that David took her mom off life support without telling her, thus “causing” her mom’s death. Jill and David patch things up(in about two minutes), tie Lauren up, and carry back to the Inn. Morales intends to go through with his suicide plan, but Lauren escapes her bonds and kills him before he kills her (the characters are in desperate need of a knot-tying class). For some reason, killing the last descendant of those who hung her does not stop the Bruja’s reign of terror. The Bruja promises  to release Lauren’s soul if David will give his body to her. David devises a plan and tells Jill to hide while he defeats the Bruja once and for all. The Bruja suddenly morphs into David’s dead wife/Jill’s mom (a power never before discussed) in order to mess with David. They begin kissing and David stabs the Bruja in the stomach. She begins laughing as she bleeds out, happy that she will die and get David’s body. David reveals this was part of his plan  and holds a gun to his head, preparing to kill himself and destroy the Bruja once he is possessed. Inexplicably (and stupidly), Jill comes out of nowhere and instead shoots the Bruja dead.

Jill then runs into the box and tells David to lock her in. He does so in the nick of time, as the Bruja possesses Jill and bangs on the door (this is the scene from the beginning). David (predictably) vows that he will now stay at the inn and find a way to get Jill back (this movie… ugh!) 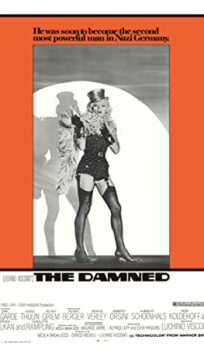