Jack (Jason Schwartzman) is in a French hotel room when he is contacted by his ex-girlfriend (Natalie Portman) who has found him in France.  She arrives at the hotel, and through their interaction, it is clear things did not end well and Jack has several unresolved issues with her.

Jack, Peter (Adrien Brody), and Francis (Owen Wilson) meet on the Darjeeling Limited, a train running through the heart of India. Masterminded and planned by Francis, these three obviously well to do brothers head out on a journey to reconnect with each other and also, although not known by Jack and Peter, to meet and confront their estranged mother (Angelica Houston) who skipped out on their father’s funeral about a year ago.

Several wild events occur that lead to the brothers getting kicked off of the train. They eventually find their mother, who skips out on them again. Giving up on the journey and heading home, they stumble across some boys in a reservoir who are dangerously teetering on a raft. The raft flips, and the brothers jump in to save the boys.  They manage to save all except one, Peter’s boy, who he loses when the raft flips again. They carry the boy home, are welcomed by the village, and even attend the boy’s funeral.

Heading home, all three come to realizations about their lives. Jack finally seems to let go of his ex,( who we find seems to be a bit like his mother) Peter overcomes his fear of fatherhood and his future, and Francis finally seems to let go of their mother and find a reason to live (we find he tried to commit suicide on his motorcycle, hence the bandages). All three seem to overcome their father’s death in the end. 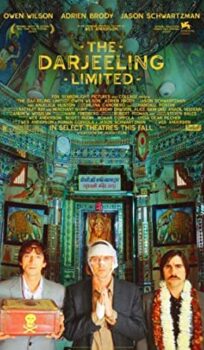