Buckner (Brion James), the cop wanting to kill the subterranean creature because it killed his partner 2 years ago, shows up at the graveyard the creature is at. He eventually shoots the caretaker Jake (Dennis O’Conner) to use him as bait to lure the creature out, while Hunter (Stephen McHattie), the scientist who wants to capture the creature because its blood could heal all wounds no matter how severe, along with his new lover Tracy (Cynthia Belliveau), Jake’s assistant Ed (Jaimz Woolvett), and deputy officer Jesse (Neve Campbell), formulates a plan that involves putting himself into a coffin and allowing himself to be taken to the creature’s lair so he can tranquilize it when it opens it (it was in the graveyard because it was a scavenger).

When Buckner’s attempt at getting the creature fails, he heads down into the tunnels to pursue it. Hunter’s surprise attack also doesn’t work out like he planned, so he too scours the tunnels for the creature. Eventually, Buckner and Hunter encounter the creature at the same time, and Bucker shoots it several times. He and Hunter fight, but before Buckner can shoot him as well, the creature leaps on top of Buckner and takes him down, allowing Hunter to escape. He meets up with Tracy and together they head back to the surface. Jake unfortunately dies from his wound, and Ed professes his feelings for Jesse while she tends to his own gunshot wound Buckner inflicted on him while he was placing Jake in the tunnel for the creature to get him. He finds his feelings are reciprocated.

Shortly after Hunter and Tracy reach the surface, the creature emerges, dying from its wounds. Buckner then shows up determined to finish the creature off, but Tracy takes a gun and shoots Buckner’s gun out of his hand. Buckner charges at Hunter, but Hunter sticks his tranquilizer gun into him, injecting him with so much tranquilizer it kills him. The creature then dies.

Hunter feels like he failed, but Tracy mentions that if there was one, there must be more. A far-away headstone then drops down below ground 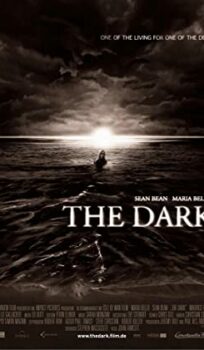