Michael Burrows (Joseph Fiennes) is a criminal profiler for the San Francisco police. His life is being filmed for a documentary, and the film maker (Wilmer Valderrama) follows him everywhere. When he’s not profiling criminals, he is obsessed with the Darwin Awards website, which “awards” people who most improve the human gene pool by removing themselves from it by getting killed or injured in the most bizarre ways. He is also a hemophobe (fear of blood), and this allowed a serial killer to get away, costing him his job. He later gets hired by an insurance company to try to profile people who will die accidentally, and receive a Darwin Award, before they are sold a policy. He is paired with Siri Taylor (Winona Ryder), an insurance investigator who specializes in unusual cases. Meanwhile, the film maker is still following Michael.

Throughout the movie, Michael and Siri travel across the country investigating claims that could qualify as Darwin Award winners. They include a man who installed a JATO rocket to his car and drove into a mountain, two men who attempted to blow a hole in the ice before fishing and ended up sinking their SUV, and several others.

They nearly become Darwin Award winners themselves. After getting stranded in a field on a cold night, they accidentally blow up their car while attempting to start a fire. As they spend more time together, a relationship begins between Michael and Siri, but it ends when Siri accuses Michael of being obsessed with Darwin Award winners because he might be one of them.

Michael, Siri, and the film maker return to San Francisco, where they come across the home of the serial killer that got away from Michael. Needing evidence before they can call the police, Michael rappels down the side of the killer’s building, using the film maker’s camera to tape the room. The film maker also rappels down the building, causing the stone vase that is anchoring the rope to start sliding towards the edge of the roof. The killer sees Michael and goes to the roof, where Siri is attempting to pull Michael and the film maker back up. Michael then hands the camera to the film maker, causing him to fall to the ground and pull Michael to the roof. He then grabs hold of the killer and they both fall to the ground, causing the filmmaker to go back up to the roof. The stone vase then falls off of the roof, landing on the killer and killing him.

In the last scene, Michael and Siri kiss and make up, and the film maker begins to follow the paramedic who is treating him. 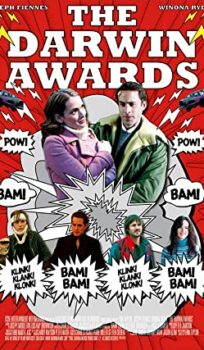