Klaatu arrived in Washington and was immediately shot, but survived.  He asked for a meeting with all of the world leaders but was told this wasn’t possible, they would never agree.  He escaped from custody and went into hiding.  While pretending to be human he befriended Helen Benson and her son, who later discovered his true identity.  Klaatu found Professor Barnhardt, supposed to be the smartest man in the world, who suggested a meeting with the world’s top scientists.  He also recommended a display of Klaatu’s power before the meeting to force everyone to take him seriously.  Klaatu then turned off the world’s electricity for 30 minutes.  En route to the spaceship where the scientists were gathering for the meeting, the military tracked Klaatu down and shot him dead.  Helen Benson gave his robot a message from Klaatu and the robot found Klaatu’s body, returned him to the ship, and temporarily resurrected him.  Klaatu delivered his message to the scientists and present military staff, then he and the robot re-entered the spaceship and flew away. 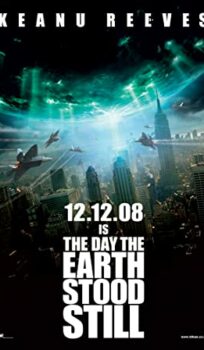