The monsters that are killing Ian Stone (Mike Vogel) in his many lives are grim reaper like entities that feed on the fear and misery of the dying.  The reason they are killing him is because Ian is one of the creatures who has learned how to kill his own kind.  Ian had fell in love with a human girl Jenny Walker (Christina Cole) and wanted to live a life as a mortal with her.  That is why he turned against his own.  Thus the reapers have been killing him until they can figure out how he kills their kind.

Ian is captured but is saved by a sympathetic reaper Gray (Michael Feast) who also loved a human girl who the reapers had killed. Gray asked Ian to kill him to end his suffering and so Ian can stop them from hurting Jenny.  Ian recovers his strength, kills the head reaper Medea, and though Jenny is wounded by his own hand, is able to save her.  Ian transports both of them back to his first life as a college hockey player.  After winning the game this time, he confronts the referee who is a reaper and kills him. It is inferred that Ian will kill any reaper that attempts to harm him or Jenny. 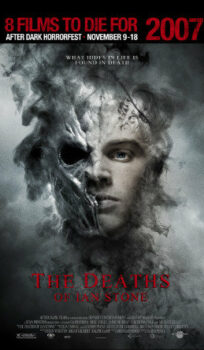