Miranda Priestly (Meryl Streep), head of Runway Magazine, pretty much does whatever she wants and treats everyone badly. Andy Sachs (Anne Hathaway) is her new assistant, and is put through total hell, including having to find the unreleased editor’s version of the next Harry Potter, and having to find a private jet to fly Miranda from Miami to New York in the middle of a hurricane. However, she does not give up, and in the end Miranda offers her top assistant position and offers to take her to Paris. The catch is that Andy has to fire the current assistant Emily (Emily Blunt), which she reluctantly does.

Andy’s relationship with her current boyfriend Nate (Adrian Grenier) also breaks up because she does not see him much. Miranda always has her running all over the place and Nate has had enough. He feels that Andy has changed totally and is not the same person he knew from before.

In Paris, Andy learns that Miranda is to be replaced and tries to warn her. Turns out that Miranda already knew, and prevented this move by giving her replacement Jacqueline (Stephanie Szostak) another job position which pays better. But to do this she had to withdraw her original recommendation for the position, her second in command at the magazine Nigel (Stanley Tucci). Nigel is crushed. Andy criticizes Miranda but Miranda says that Andy did the same when she fired Emily. When Andy realizes this, she quits and leaves to go back to the U.S.

In the end, Andy gets a journalism job (her original goal), surprisingly, with Miranda’s recommendation. Her and Nate seemingly do NOT get back together. 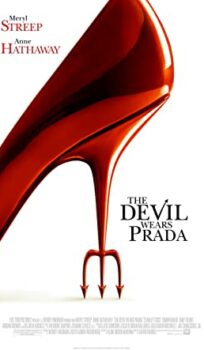