Filmed in documentary style, to capitalize on, or inflame, hysteria over UFOs.

A US Air Force base in the southwest has noted unusual electrical activity that interferes with instruments and navigation.  Flight 412 is sent up to investigate.  They encounter 3 unidentified flying objects, that do not respond to any communication.  2 fighter jets are sent up to support them.  The fighter jets disappear from the sky, with no debris and no parachutes.  Flight 412 is instructed to land at a secret base.

The flight crew are held by a secret government agency that investigates UFOs. They are alternately accused of imagining it, making it all up, conspiring to lie about their flight… Their commanding officer, Colonel Moore (Glenn Ford), tracks down their location and demands their release.  Moore discovers his Air Force rank means little to this organization.  Moore is allowed to bring his men back.

Moore demands answers, but is warned by friends to drop the issue.  Moore and the flight crew meet with a high ranking general. They are surprised to find the head of the secret base there.  The general sternly orders Moore to drop the issue.  A final voiceover announces that 4 months later there was another episode like this, and again the military covered it up.  The voice informs us that those complicit in the coverup were promoted, while Moore and the others who pushed for openness had their careers cut short. 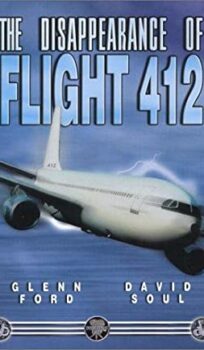