Christopher Walken is a mercenary who is recruited by a British mining corporation. He is paid to overthrow a dictatorship in an African country for mineral rights to a mountain of platinum. After the coup, the corporation will install a president who will give them the rights for a song.

After the coup, Walken kills the corporation’s puppet and installs a moderate who will represent the people. 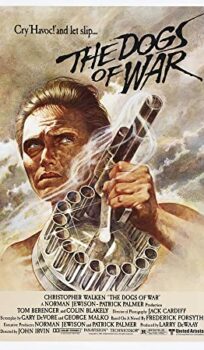