Jeffrey and Robert have an affair.  Jeffrey’s wife Elaine finds out.  She IMs Robert pretending to be Robert’s dead lover, who had AIDS and then had a failed operation that caused him great pain so Robert mercy killed him and has been haunted by it ever since.  Robert is considering suicide because this IMing has him all distraught.

Eventually Elaine confronts Jeffrey about the affair and asks him to leave the house.  Then Robert shows up and Elaine tells him that she was IMing him.

Robert is so shaken up by this that he digs up some poisonous roots in her yard that he noticed earlier and starts to eat one.  Then he spits it out and his self-loathing turns to homicidal rage and he shreds a poison root into a salad that Elaine is getting ready to eat for lunch.

Elaine then takes the salad and gets in her car with her 2 kids.

The film ends with Jeffrey talking to the police on the phone and finding out that his wife and 2 kids were killed in a car wreck.  What probably happened was she ate the salad and her nervous system shut down (which is how the poison root works) and she lost control of the car, but the details are vague.

Also, if you view the alternate ending, this scene is followed by Robert narrating about how nobody will know for certain what caused the wreck and he’s not even sure if she ate the salad or if she simply wrecked the car to punish her husband. 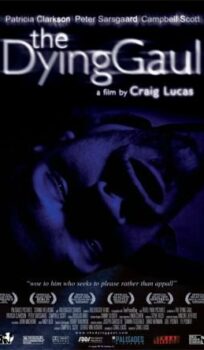