Once William (Kevin Kline) realizes that Sedgewick (Emile Hirsch) is cheating, he asks a question about the plaque above the door in his class: “Who was Shutruk-Nahhunte?” The obscurity of the historical figure coupled with Sedgewick missing the explanation due to joining the class late makes Sedgewick unable to answer the question. This allows Deepak Mehta to successfully defend his title and again win the competition.

After meeting with Sedgewick in the bathroom, William apologizes and confesses to Martin Blythe that his seat was given up for Sedgewick.

Despite being hurt after being told, it is his son that is in the class at the end of the movie, which means he has forgiven William. 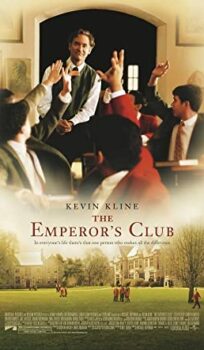