Terminally ill Sonny Lawson (Burt Reynolds) swims out deep into the ocean, planning to drown himself. He finally thinks of his daughter Julie (Kristy MacNicol), and how devastated she would be if he committed suicide. So, he starts swimming back to shore, promising God that he’ll give all his money to charity if he survives. As he gets closer and closer to shore, he reduces the amount of money he’s giving God.

When Sonny reaches shore, he meets Marlon (Dom DeLuise), his friend from the mental hospital. Marlon pulls out a huge knife, intending to kill Sonny and to save him from suffering. Sonny runs as fast as he can, begging God to save him again! 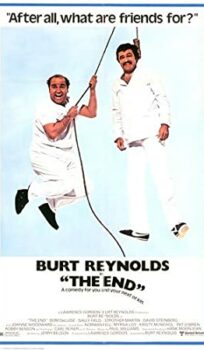