Chip (Jason Bateman) plays mind games with Tom (Zach Braff) for most of the movie.  Tom gets steadily more and more frustrated at Chip, who is angling to get Tom fired and to steal his wife, Sofia (Amanda Peet), who he dated during high school.  Eventually, Tom finds out that Chip is NOT wheel-chair bound–he’s been faking for about fifteen years.  In an effort to prove this to Sofia and her family, he throws Chip down the stairs.  This only results in Sofia rejecting Tom, who then, in a private confrontation with Chip, finds out that not only can he walk, but he is a truly despicable person.  Tom has his Spanish-speaking friend from New York call Chip and tell him that he’s been offered his dream job in Barcelona.  Then Tom rushes to find Sofia, who’s in a meeting with Chip.  Chip, cocky because he thinks he has his new job, reveals that he can walk and that he doesn’t feel anything for Sofia, and then he marches outside holding his wheelchair and is promptly hit by a bus.

A few weeks later, Sofia and Tom are back living in New York City with baby Oliver, and Tom owns his own advertising company.  Sofia has gone back to work as a lawyer, so she’s not going crazy home alone all day, and everything is happy. 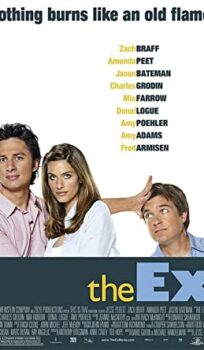