During the course of their roadtrip, Charlotte (Kathy Bates) tells Alice (Alfre Woodard) that she has Alzheimers disease. Charlotte’s son William (Cole Hauser) during of all of this attempts to coup his mother and Abagail Dexter (Robin Givens) as sole owner of the Cartwright firm.

Both Jillian (KaDee Strickland) and Chris (Rockmond Dunbar) find out their spouses have been having an affair. Jillian finds out a party and Chris finally figures it out after four years.

Andrea (Sanaa Lathan) finally tells Chris the truth in which she reveals his son is actually Williams. In which promptly knocks her out. Then goes to the construction site and confronts William by almost taking him out.

In the end: Charlotte discovers the coup against her by firing Willaim. Due a secret stockbroker that been on the street for years that secretly invested in their firm years ago. William stays with Jillian using the affiar as leverage. Chris and Ben (Tyler Perry) start their own construction compnay. Charlotte dies of the disease by quite possibly committing suicide. Alice sells the diner and leaves for parts unknown. Andrea is fired from her job and left with nothing just like her mother. 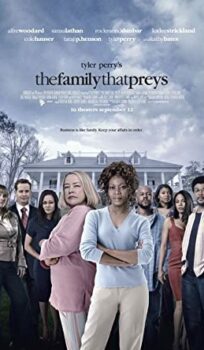