A cyber-terrorist named Cipher (Charlize Theron) blackmails Dominic Toretto (Vin Diesel) into working for her, forcing him to betray his crew as they are in Berlin to retrieve an EMP weapon. Dom has Hobbs (Dwayne Johnson) locked up, where is subsequently broken out by Mr. Nobody (Kurt Russell) along with Deckard Shaw, who still holds a grudge against the crew.

It turns out that Cipher has captured Elena (Hobbs’s former partner and Dom’s old girlfriend from when he thought Letty was dead) along with the son that Dom never knew he had. Dom helps Cipher steal God’s Eye (the surveillance system from the last movie) and a nuclear football, but after Dom almost lets Letty get away with the football, Cipher has her henchman Rhodes kill Elena (Elsa Pataky) in front of Dom.

The final showdown happens in Iceland as Cipher takes control of a massive submarine. Little does she know that Dom secretly enlisted the help of Magdalene Shaw and her sons to help rescue Dom’s son so that Cipher won’t have anything over him. Dom returns to help his crew as they destroy the submarine, with the crew shielding Dom from the explosion. Unfortunately, Cipher escapes and is still on the loose.

Dom and his family are together again, and he names his son Brian after his old friend. 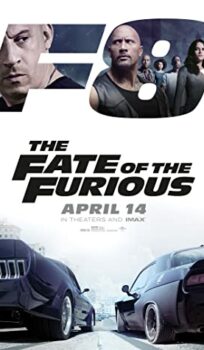