Training under new management, Mickey Ward stages a comeback, winning three fights in a row with relative ease and without the pressure and manipulation from his crack addicted brother Dickie Eklund and his mother, Alice.

Meanwhile, in prison, Dickie overcomes his crack addiction and gets back into shape. Mickey goes to visit him before an important fight, where Dickie gives him boxing advice. During the fight, it looks as Mickey’s luck has run out, yet he was following Dickie’s advice the whole time and wins in a last round knockout.

Upon his release, he sees Mickey and causes trouble between Mickey’s Family and Mickey’s friends. Dickie confronts his crack-enabling friends and leaves them for good, and then confronts Charlene, where he begs her to give him a second chance as Mickey’s trainer. The three agree and get back to training.

Mickey finally fights for the welterweight championship in Britain, winning in an upset against Shea Neary.

We learn that Mickey would continue fighting until 2003. Dickie opened a gym and helped train new fighters, maintaining his status as a local legend. Mickey and Charlene would marry and settle down with Mickey’s child from a past marriage.

In the end credits, we see actual footage of Mickey and Dickie talking about their experiences. 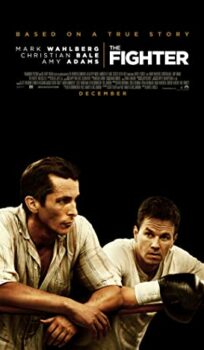