A veteran NYPD detective, Edward Delaney (Frank Sinatra) is weeks away from retirement when a strange murder peaks his interest. Diving into the case, he concludes that a serial killer is at work, despite the doubts of his colleagues. Delaney obsessively tries to solve the crime before his retirement, also trying to take his mind off his wife Barbara (Faye Dunaway) who is slowly dying in a hospital.

After help from his pathologist, the widow of one of the victims, and a weapons curator, Delaney concludes that killer is a man named Daniel Blank (David Dukes). However, his superiors point out he has no just cause or evidence to bring Blank in. Desperate to see justice done, Delaney breaks into Blank’s apartment and pushes him into confessing his crimes, which is implied to be caused by childhood trauma he experienced due to his mother. However, Blank comes to his senses and realizes Delaney has no legal cause to be in his apartment, and thinks his wealth will get him off the murder charges. As he calls 911 to report Delaney’s break in, Delaney pulls out a pistol and shoots Blank dead in cold blood.

Delaney retires from the NYPD right after the shooting, leaving a letter for his captain, obstinately to tell him he had “closed the case.” The film ends with Delaney reading to his wife in the hospital as she passes away. 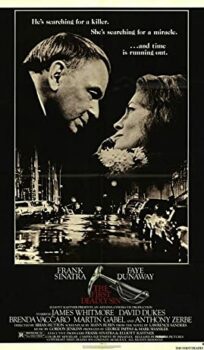