Submitted by The Wanted

The town was built on a piece of land bought by the four founding fathers, who are actually murdering thieves. They promised a ship full of lepers a safe destination in exchange for gold but in truth murdered everyone aboard the ship and ran off with the gold and bought the land with it. The fog itself was created by the spirit of the deceased lepers. The inhabitants that are killed are all related to the lineage of the four. Nick Castle (Tom Welling) and Elizabeth Williams (Maggie Grace) uncover the secret and take refuge in the town hall alongside of Spooner (DeRay Davis), Stevie (Selma Blair) and her son. They encounter Father Malone, the Mayor, and Kathy Williams. The fog eventually surrounds the town hall and slip in. Father Malone, the Mayor and Kathy are killed because of their lineage. Elizabeth encounters a spirit who was related to her long before. It turns out that she was a spirit aboard the doomed ship. 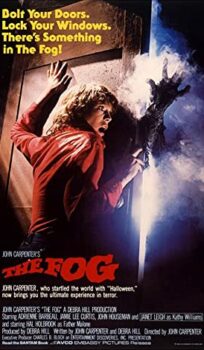