Showing recreations of events alongside what is claimed to be actual footage taken at the time and interviews with the real people the actors are playing, the movie charts psychologist Abby Tyler (Milla Jovovich) study of various people in Nome, Alaska, who are reporting sleep disturbances. All report a common feature – an owl looking into their bedroom. Under hypnosis one patient realises it’s not an owl but “something” with “big eyes”. He is massively traumatized by this, and leaves in tears. Later he kills his wife and children and himself whilst the police watch.

Subsequently another patient under hypnosis reveals much the same thing with even more dramatic results – he floats off the bed and suffers seizures so brutal it breaks his back. Analyzing the tapes of the sessions Tyler identifies an odd language. Probing into research her husband did before dying some months before, she finds that the language is ancient Sumerian and is vaguely threatening.

The local police suspect that Abby is somehow to blame and place her under house arrest. That night the deputy outside reports “something” hovering over the house stealing the people from inside. When the police arrive Abby is in hysterics, claiming a beam of light took her daughter through the roof.

The police believe Abby has done something to her child, their trust in her not helped when it is revealed that her memories of her husband’s death by murder are entirely false, as he actually killed himself. She insists that the kid was abducted by aliens and has herself hypnotized by a friend to get to the truth. In the video of the session she appears possessed, and also speaks in ancient Sumerian – apparently a warning against the investigation, and saying the child will never be returned.

In a text summary, it is claimed that the child is indeed never found, though Abby was cleared of all charges. It also claims that Nome has been visited over 2,000 times by the FBI, vastly more than even much larger Alaskan towns, as an indicator that something strange is indeed going on. 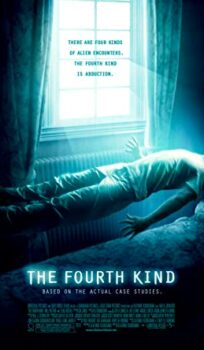