The French Dispatch of the Liberty, Kansas Evening Sun is a magazine publication that is set to publish its final issue following the death of its editor-in-chief, Arthur Howitzer Jr. The film is a depiction of the articles presented in the issue.

The Dispatch’s staff mourns Howitzer and prepares the final issue. 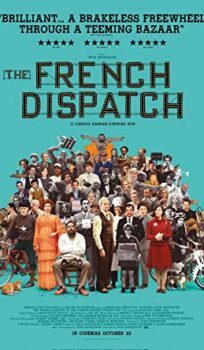