The Girl with the Dragon Tattoo(2011)

Lisbeth Salander (Noomi Rapace) after spending a year abroad returns to Sweeden and hooks up with a former lover Miriam Wu (Yasmine Garabi).

The Millenium newspaper during this time hires Dag Svensson (Hans Christian Thulin) and his girlfriend Mia Johansson. Both got doctores in learning about sex trafficking. Dag is finishing an article about the subject.

Blomvist (Michael Nyqvist) tries to visit them only to have discovered them murdered. The gun at the crime scene happens to belong to Bjurman (Peter Andersson). Bjurman himself is discovered dead with the tatto Lisbeth gave him in the earlier film. The gun happens to have Salander fingerprints on it. Bublanski (Johan Kylen) who is charge of the investigation has no other choice to bring in Salander.

Blomvist for his part tracks down a boxer Paolo Roberto who knows of Miriam. Just before Paolo is about to find Miriam when a strongman named Ronald Niedermann (Micke Spreitz) captures her. Paolo then tracks Niederman to a warehouse where Niederman nearly kills Miriam and Paolo buy burning the warehouse down.

Bublanski begins to believe that Salander might not be guilty after all. Blomvist during this time manages to track down Salander to her apartment. Salander is not there but Blomvist finds the sex tape of her rape by Bjurman. Blomvist then learns from a man that had been using prostitutes from the sex trafficking ring to find a man named Zala (Gregori Staykov) who defected from the Soviet Union. Lisabeth manages to track the man who had been framing her. Zala which is short of Zalachenko and in turn is actually Lisbeth father. He was the one we keep seeing getting burned alive in Lisbeth dreams.

Zala and Niedermann (who is turns out is her half brother) lead Lisbeth to a shallow grave only to esapae and get shot by Zala. Lisbeth is buried alive but she eventually digs herself out and suprises Zala with an axe. Blomvist then somehow manages to find Lisbeth. The ambulance takes away Lisbeth and the still alive Zala. Niedermann runs away. 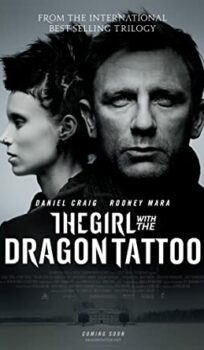