The Michael Corleone story: Michael (Al Pacino) realizes that his brother Fredo (John Cazale) was involved in an attempt to kill him, and orders Fredo to be shot from behind while fishing. Michael also ostracizes Kay (Diane Keaton), after finding out that she had an abortion without telling him. The movie ends with Michael sitting by himself by Lake Tahoe, with obvious ‘ghosts’ haunting his conscience. 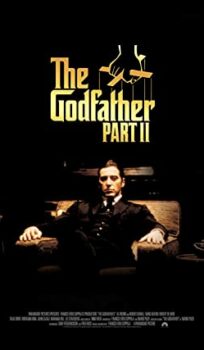