Some time after Chandler (Eddie Murphy) and Kee (Charlotte Lewis) return home from Tibet with the Ajanti Dagger, Sardo (Charles Dance) and his men attack them at their secret hiding place, taking the dagger and killing Kee. Chandler goes to see Kala (Shakti) the next day, where she tells him that the Golden Child (J.L. Reate) could bring Kee back to life, but he also learns from Dr. Hong (James Hong) that the child had to be found before nightfall, since Sardo could not kill him with the dagger until dark.

With the aid of the Golden Child’s pet bird, Chandler finds Sardo’s hideout. He reclaims the dagger, and is eventually led by Til (Randall Cobb)- a henchman of Sardo turned to the side of good by the Golden Child’s touch -to where the Golden Child is being kept. They free him, but when Chandler finds Sardo shortly afterwards, Sardo transforms into his true demon self and goes after Chandler and the child. They escape an attack from Sardo at an abandoned water tower, but while there Sardo gets hold of the dagger again. When they arrive back at Kala’s, Sardo attacks them a second time. He tries to stab Chandler with the dagger, but the necklace Chandler got from the Old Man (Victor Wong) back in Tibet protects him and knocks the dagger from Sardo’s claws. The Golden Child gets the dagger back into Chandler’s hands, and Chandler stabs Sardo with it, making him explode. The Golden Child then brings Kee back to life, and Chandler and Kee kiss.

The last scene shows Chandler, Kee, and the Golden Child having a pleasant walk together, Kee saying that she was going to return the Golden Child to Tibet and then come back to Los Angeles to be with Chandler. Chandler jokes to the Golden Child that he should enter show business and use his powers to become famous. 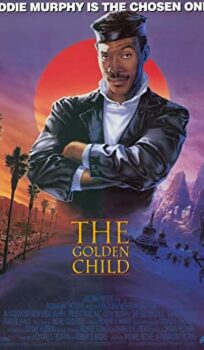