The valuable painting that she had left him and which he and Zero (Tony Revolori) stole so that her greedy family wouldn’t take it, had a second will to be read in the event of her murder.  That will states that everything – all of her money, art and the Grand Budapest Hotel – be left to Gustave.

Zero and Agatha get married with Gustave officiating.  Gustave spends a few months in the lap of luxury but while traveling by train with Zero and Agatha, he aggressively defends Zero when soldier try to take him into custody for not having the proper travel documents and Gustave is killed.  He leaves the Grand Budapest Hotel to Zero in his will.  We also learn that Agatha and her unborn child died two years after she and Zero were married.

Now aged, Zero continues to visit the Grand Budapest Hotel, staying in the same small room he occupied when he was just a lobby boy.  Even though the hotel is no longer as lush or populated as it was so many years ago, he keeps it because that is where he and Agatha met and were happiest. 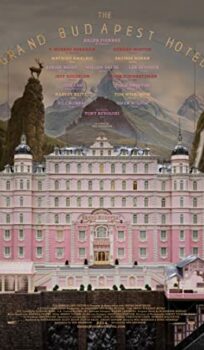