A few of the escapees make it to freedom, but most are recaptured and executed on the spot. The noteable exception is Virgil ‘The Cooler King’ Hilts (Steve McQueen), who, upon being caught, is returned to his isolation in the Cooler.

50 are recaptured and executed.

Approximately a dozen are recaptured and sent back to the prisoner’s camp. Some of the prisoners do escape to other countries like Spain and Switzerland.

The ones who escape: “The Tunnel Kings” Willie and Danny Velinski (Charles Bronson), Segdwick the Australian (James Coburn). 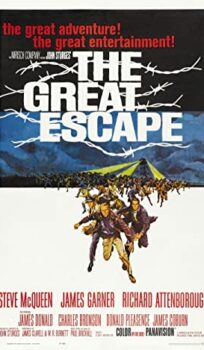