It was Daisy (Mira Sorvino) who was driving the car when Myrtle was killed by the hit and run. Gatsby (Toby Stephens) tried to get her to stop and help Myrtle, but Daisy drove home in shock. Gatsby (who is in love with Daisy and was trying to get her to run away with him) tells Nick (Paul Rudd) that he will tell anybody who asks that he was driving. Myrtle’s husband, Wilson, goes crazy from grief . Daisy’s husband (who was having an affair with Myrtle, unbeknownst to Daisy), tells Wilson that it was Gatsby who was driving the car. Myrtle’s husband shoots and kills Gatsby before killing himself.

Daisy and her husband reconcile and leave town before the funeral without speaking to Nick (who is arranging the funeral). Of all the thousands of guests that had attended Gatsby’s parties, only one man among them shows up the the funeral, along with Nick, and Gatsby’s father. Nick soon finds out that Gatsby’s enormous wealth was a fraud, based on counterfeit bonds, that he had orchestrated with the hopes of being able to impress Daisy and rekindle the romance they had started 5 years ago when he was a poor soldier. Nick burns the evidence and leaves town. 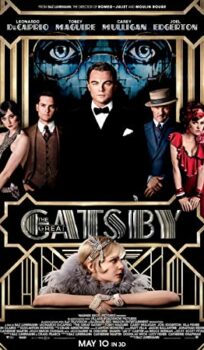