After being told by Sol (Jon Lovitz) that Sultan (Samuel L. Jackson) is despised by everyone in his organization and is ripe for a fall, and upon realizing that Conklin (Peter Berg) might actually have what it takes to defeat Roper (Damon Wayans), Kane (Jeff Goldblum) convinces Conklin to sign with him instead of Sultan, believing that a Conklin upset will enable him to knock Sultan off of the top of the boxing world.

In the first round of the fight, Conklin hits the out-of-shape Roper with his trademark overhand right, which dizzies him – but only momentarily. Once Roper mentally collects himself, he proceeds to easily knock out Conklin and retain his championship, which was the plan all along.

His plan having fallen short, the disappointed Kane comes up to the woozy Conklin and brings up the subject of a rematch, but Conklin tells him that there won’t be one, for he is quitting boxing again and going back to Cleveland. Kane offers to become the manager of his heavy metal band, and says that they will talk more about it once Conklin regains his equilibrium. Meanwhile, Sultan learns that the fight has grossed $132 million in pay-per-view buys alone, so he, his team, and Roper will clean up financially.

Just then, Shabazz’s (Michael Jace) patience finally runs out, and he enters the ring with his manager Hassan (Jamie Foxx) and starts hurling insults at Roper while once again demanding his rightful shot at the title. Hassan then tries to threaten everyone present with a gun, but Roper knocks him out, and this starts a fistfight between him and Shabazz. As Sultan yells at them to not give away something that they can sell, Shabazz knocks Roper out cold. Sultan then steps over Roper’s body and starts promoting his next fight: Shabazz vs. Roper. 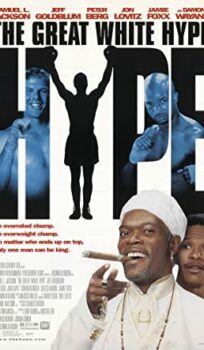