He marries star Anna Held (Luise Rainer), who divorces him out of jealousy.

He marries star Billie Burke (Myrna Loy), has a daughter with her, and loses all his money in the stock market crash of 1929, leading to the closing of his last four shows.

His style of entertainment is considered obsolete and too expensive for the changing times, all his stars have gone out to Hollywood and are making movies instead of working for him on Broadway, and, ill and despairing, he dies. 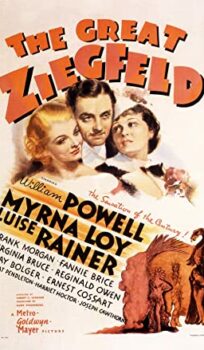