POOPER:
Muhammad Ali knocks out George Foreman to win back the heavyweight championship.

LONG VERSION:
In 1960, 18-year-old Cassius Clay (Chip McAllister) has just won the gold medal in boxing at the Rome Olympics.  But upon returning to his hometown of Louisville, he faces nothing but racism.  Since he wants to turn pro, he needs sponsors, and the ones who agree to sponsor him treat him like any other black boy in the 60’s, not an Olympic gold medalist.  In his frustration, Cassius throws his “worthless” gold medal into the river.

Under the training of Angelo Dundee (Ernest Borgnine) and Dr. Ferdie Pacheco, Cassius easily wins his first few fights, even going so far as telling the media, through poetry, in which round he’ll knock out his opponent.  One night, Cassius (now portrayed by Muhammad Ali himself) is out with a white prostitute when he is met by a pair of members of the Nation of Islam, who invite him to hear Malcolm X (James Earl Jones) speak at their mosque.  He reluctantly goes, but soon he is enraptured by what Malcolm says.  Later, Cassius is in Las Vegas tormenting the heavyweight champion Sonny Liston, who he claims is ducking him.  After Liston wins his bout against Floyd Patterson, Liston agrees to fight Clay for the title.

While training for the Liston fight, Cassius is getting grief for his growing ties to Malcolm X and the NOI, so he agrees to not talk about them publicly until after the fight. The fight finally happens, and Cassius Clay knocks out Sonny Liston in the first round to win the heavyweight championship.  Afterwards, Cassius announces to the world that he is officially converting to Islam, and is changing his name to Muhammad Ali.  Despite the proclamation, many members of the white media refuse to call him anything other than Cassius Clay.

Some time later, Ali learns that the US Army has reclassified him from 1-Y to 1-A, meaning he can be drafted at any time.  When his number is called, Ali refuses to report to the draft board and declares himself a conscientious objector of the Vietnam War for religious reasons.  As a result, he is sentenced to 5 years in prison, which he plans on appealing to the Supreme Court.  His boxing license was also suspended, and his title was stripped from him.  Three and a half years later, Ali wins his appeal and can box again.  After defeating Jerry Quarry in his return bout, he faces Joe Frazier, but loses his first professional fight against him.

Now facing an uphill climb to get another title shot, Ali has several fights against lesser opponents, winning them all, but then suffers a shocking loss to Ken Norton.  In that fight, his jaw is broken, and his wife Belinda, who he met at their mosque, suffers a mental breakdown upon seeing her husband beat up.  Ali realizes that he hasn’t been taking these fights seriously, and promises her and everyone else that he will be a serious fighter once again.  A now rejuvenated Ali defeats Norton in their rematch, which sets up a fight for the title between him and George Foreman.

In that fight, known as the Rumble in the Jungle, Ali utilizes the rope-a-dope, meant to wear out the powerful Foreman.  The movie ends in the eighth round, where Ali finally goes on the offensive against an exhausted Foreman and knocks him out, winning back the heavyweight championship. 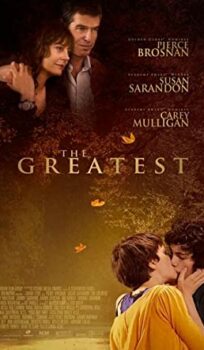