John Coffey (Michael Clarke Duncan) can take away and give diseases.

Paul Edgecomb (Tom Hanks) decides to use John Coffey (Michael Clarke Duncan) to help his boss’s wife who has a brain tumour. Coffey uses his power to remove the tumour but fails to exhale the matter he removed and begins to choke on it, severely weakining him.

Upon return to the prison, John manages to grab Percy (Doug Hutchison) and passes the matter onto him. After doing so, Percy walks over to the cell of Wild Bill (Sam Rockwell) and shoots him to death before exhaling the matter and falling into a catatonic state.

Coffey explains to Paul he must “give a bit of himself” to show to him that when Wild Bill touched him, he passed on a memory. The vision shows that Wild Bill was responsible for the murders John was convicted for, and used his power to punish both Percy and Wild Bill, the former for his cruel execution of a prisoner on the green mile.

Despite his innocence, Paul is unable to do anything to set John free and shortly after is executed.

Talivia adds:
Paul Edgecomb and the mouse Mr. Jingles are still alive in the present. All of his family and friends are dead. John Coffey’s power has kept him alive longer than he should be and while he knows he will die he has no idea how long it’s going to take. He ponders if the mouse is still alive given their short lifespan he must have a much longer wait. 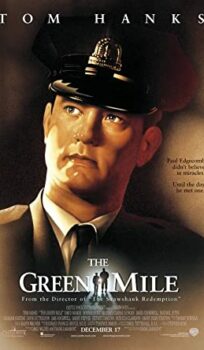