A housekeeper named Fiona Landers (Tara Westwood) encounters the Ju-On curse in Tokyo. When she returns home, the curse follows her and causes her to kill her husband and daughter before committing suicide.

A real estate couple, Peter and Nina Spencer (John Cho and Betty Gilpin), are the first victims after the Landers family when Peter meets the ghost of Fiona’s daughter Melinda (Zoe Fish), who possesses him to kill Nina and himself. Another older couple, Faith and William Matheson (Lin Shaye and Frankie Faison), are plagued by the curse when Faith starts communicating with Melinda, ultimately leading to Faith killing William, and the ghosts also go after her psychologist Lorna Moody.

Detective Muldoon (Andrea Riseborough) begins to investigate the murders and learns of the link between them and the curse. She burns the cursed house down in an attempt to end the curse. Unfortunately, it follows her home and kills her after her son leaves for school. 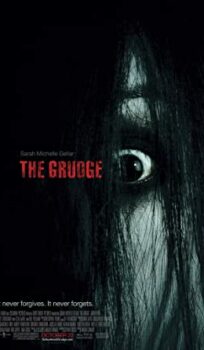