Ben Randall (Kevin Costner) is devastated by the death of his crew in a rescue operation and accepts an offer to teach for 18 weeks at the Coast Guard academy. Here he meets the extremely talented Jake Fischer (Ashton Kutcher) who in breaks all of Ben’s training records. Jake had swimming scholarships to all Ivy-league schools but joined the Coast Guard because he was carrying the guilt of being responsible for the tragic car crash in which 4 guys from his swimming team died.

Jake graduates from the academy and joins Ben at the Coast Guard station in Kodiak, Alaska.

Ben soon retires but just as he is gathering his stuff and leaving he gets the news that Jake has been trapped in a rescue mission. Short on crew and supplies, Ben volunteers to go and save Jake. He manages to rescue him but just as the two are dangling from the rescue helicopter, the cable starts breaking up because the weight of the two people is too much. Ben detaches himself and sacrifices his life for Jake. 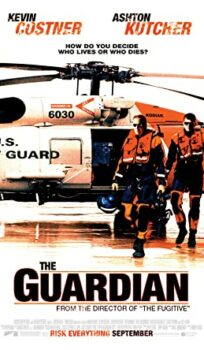