An Official Sundance Selection
The Guilty
aka: Den skyldige
(2018)

Asger Holm (Jakob Cedergren) is an abrasive cop who has just been demoted to Denmark’s 112 Emergency Services, pending his trial date. He and his former partner Rashid (Omar Shargawi) were involved in a shooting incident, which Asger claims he committed in self-defense. While on 112 duty, he receives a call from a distraught woman named Iben (Jessica Dinnage). She has been abducted by her ex-husband, Michael Berg (Johan Olsen). They have two children, Mathilde and baby Oliver.

At first Asger relays this matter to the proper dispatch in North Zealand, then decides to take the law into his own hands, as he had during the incident which landed him in legal trouble. He discovers Michael had spent time in prison for assaulting Iben, and also assumes that he killed his newborn son, eviscerating him in a fit of rage. Such is not the case.

Michael DID abduct Iben, but only in order to take her back to the mental hospital from which she had recently escaped. While at home and in hiding, Iben thought she would “help” Oliver by slaying him and taking all the “snakes” out of his stomach. When Asger finds this out with Rashid’s help, he curses himself for having acted so rashly upon his assumptions.

When Asger contacts Iben one final time, she asks him if she killed Oliver. Asger comforts her, saying she had no idea what she’d done because of her certifiable insanity, but he knows the exact nature of his own crime. He tells Iben that he shot a teenage boy named Josef because “he’d had enough and wanted to remove something. Was it snakes? Yes…snakes.”

His confession convinces Iben not to jump off a bridge into oncoming traffic and surrender to the authorities. The film’s final shot is of Asger framed in glaring sunlight through a window, intending to do the same. 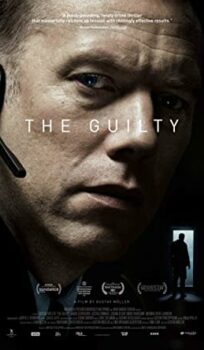