After retracing their steps through Las Vegas for an entire day and night, looking for Doug the groom (Justin Bartha), the group come to realize that Doug was locked on the roof of the hotel the entire time (and is now badly sunburned).

They arrive just in time for Doug’s wedding. Phil goes back to his wife and son, Stu gets nerve to break up with his controlling girlfriend ands plans to start a relationship with the stripper/hooker (Heather Graham) he drunkingly married, and Alan finds a camera detailing exactly what happened during the night (which are then shown during the credits). 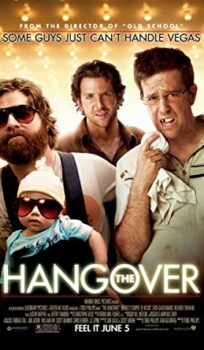