The Haunting in Connecticut(2009)

The spirit of Jonah was trying to warn Matt and the Campbell family about the angry spirits in the house. Years before Dr. Aickman, a funeral director, used the bodies of the people he was supposed to bury for his séances, using necromancy to amplify Jonah’s ability as a medium. The sprits however caused a fiery explosion during one of the séances, killing Aickman and his guests and trapping a frightened Jonah in the furnace to perish. Father Nicholas (whom Matt met during treatments for his illness) mistakenly believed Jonah was the angry spirit, removing his remains from the house before having a vision of the truth as Matt learns himself. After escaping from the hospital, Matt barricades himself in the house and tears the walls down to expose the embalmed corpses. He sets them on fire, releasing the spirits from the house. His mother rushes in to save him and they are both rescued by the fire fighters as the house burns down. Father Nicholas and Matt both see the spirit of Jonah move on as the film ends. In the epilog, Matt recovers fully from his illness and the Aickman house was rebuilt with no further disturbances reported. 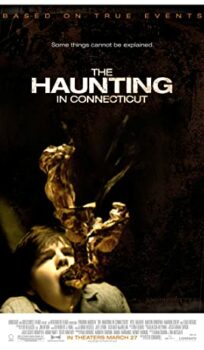