Sophia and her daughter, Helena, are terrorized by a tormented spirit that is known only as the “Tooth Fairy.” In life, the Tooth Fairy was a beautiful woman who lived in Sophia and Helena’s apartment back in Italy’s fascist era. She lived there with her daughter and violently jealous husband, Batista. One day, when she smiled at another man, Batista tortured her by ripping out all of her teeth. He then left her for dead by locking her in the same closet that Helena claimed for her room.

After a particularly horrifying visit from the Tooth Fairy one night, Helena is traumatized and institutionalized for the next year. Sophia seeks to cure her daughter and end the curse of the Tooth Fairy by returning her pulled teeth. After she does, Helena seems to be healthy and cured again… until Sophia comes across some confidential confessional videos of Batista after his wife’s murder.

Apparently, the story of Batista being jealous were all made up by the local militia as a cover up. They had made up a story that local village children, including Batista’s daughter, were torn apart and eaten by wolves. The truth was that Batista’s wife, the “Tooth Fairy,” was mentally ill and craved the flesh of children. She had lured away, killed, and eaten the children of the village… including her own daughter. Batista felt his wife needed to be stopped, and punished, which led to him pulling out all of her teeth and killing her. He then hid her teeth, for fear her spirit would return and continue to feed.

Horrified by the confessional videos, Sophia desperately searches for her daughter, finding numerous chewed up and eaten bodies along the way. She finally gets to Helena’s room and, though we cannot see what she finds, breaks down screaming.

The final moments show Sophia, completely numb, sitting in the institution courtyard. She sees an image of Helena appear in one of the hallway windows… with a large piece of flesh bitten off of her face. 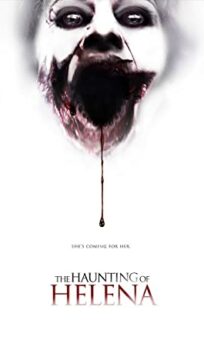