Jane (Trish Van Devere) suffers a nervous breakdown following her divorce and the death of her mother. Several months later, she decides to relax by spending the summer in the former home of her deceased aunt. After she arrives, strange things begin happening, and she finds herself being followed by a mysterious black hearse.

Jane’s new boyfriend Tom (David Gautreaux) is really her aunt’s lover Robert Thomas Sullivan. He wants her to join him in a pact with the devil, in order to live forever. During a high speed chase, Jane is able to maneuver away from the hearse, and the vehicle crashes into a bush. Jane then rams the hearse with her vehicle, sending it over a cliff as it bursts into flames. As Jane walks away from the crash, her aunt’s ghost looks out of the window of her house. 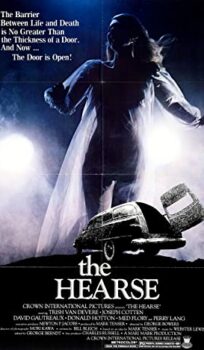