Bill Resler, a University of Washington teacher takes over the girl’s basketball head coaching job at his local high school, Roosevelt High. Using great motivating techniques, he and the Roosevelt Roughriders have an incredible season, making it to the State tournament. Bill is named coach of the year. Meanwhile, rumor is that there is 14 year old, tearing it up in Junior High…

The next season a young freshman, Darnellia Russell joins the team. She’s pretty good, not great yet. Coach Resler can see her potential and tells her that she is his one shot at being famous. The Roughriders again make it to State but lose early in the playoffs.

The next year Roosevelt’s cross town rival, Garfield, hires Joyce Walker, a Garfield Alum and former Harlem Globetrotter to coach it’s girl’s team. Garfield and Roosevelt both have good seasons, both make State and advance far into the playoffs but neither win. Walker is named coach of the year and the rivalry intensifies.

In her Junior year, Darnellia is receiving offers from just about every college on the west coast. Both teams, Roosevelt and Garfield make it to the State tournament but Darnellia is sick and plays poorly. Once again Roosevelt is out.

Six weeks later Darnellia drops out of school. She is four months pregnant. The scholarship offers dry up.

The following year Darnellia re-enters school but the WIAA (The Washington State High School Association) won’t let her play since she dropped out the previous year. The team still makes it to State but again, does not win.

The next year, Darnellia is determined to complete high school. Using a hardship rule, Darnellia’s lawyer claims she is eligible for this, her 5th year of school but only her 4th basketball season and they take the WIAA to court. The judge rules in her favor and she can play. Both teams led by two great coaches make it to State and eventually into the Championship game.

Darnellia scores the final points as Roosevelt defeats Garfield for the State Championship.

During the celebration on the court Coach Resler tells the camera that the Darnellia story is one of the greatest sports stories ever told.

The closing credits tell us that Darnellia is now playing community college basketball. 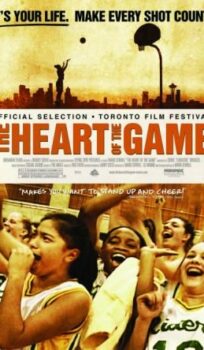