Pooper:
Ashburn (Sandra Bullock) and Mullins (Melissa McCarthy) take down the mystery drug lord who turns out to be Adam, the younger DEA agent (Taran Killam). Ashburn drops her pursuit of a promotion and stays in Boston with Mullins.

Longer version:
FBI Special Agent Sarah Ashburn (Sandra Bullock) is a socially awkward know-it-all, who is very intuitive on the job but her co-workers mostly hate her. She is sent to Boston on an assignment to take down a violent new drug lord whose identity has not been discovered, a case which if she solves she will be the frontrunner for promotion.

She quickly meets Detective Shannon Mullins (Melissa McCarthy) who is a violent hot-head with great intuition and street smarts as well, and they do not get along. When Ashburn’s boss forces the two to work together, they find they work quite well despite the clashing of their personalities. As they question more leads and get more info, it starts getting more dangerous for them and the FBI as well as two DEA agents (one young, one Albino) on the case want them to start backing off. It is also revealed that Mullins has a brother who recently got out of jail (she was the one who put him there and her family has not forgiven her for it), and is connected to the drug lord. When he opts himself to be an informant for Mullins and Ashburn, and gives them information on a drug shipment, the information turns out to be a lie and the brother is shot and winds up in a coma.

The incident causes Mullins and Ashburn to have a brief falling out, but they make up and go after the drug lord harder than before. They are captured after throwing a grenade in the storage warehouse, and the DEA agents show up. The younger agent shoots the Albino agent and reveals he is the drug lord and he sets off to kill Mullins’ brother once and for all. Mullins and Ashburn escape and Ashburn shoots the drug lord in the testicles just in time, effectively taking him out. After the case is solved, Ashburn decides to opt out of a promotion and instead stay in Boston (likely to stay near Mullins and follow up on a long-standing flirtation between her and a fellow agent played by Marlon Wayans). Mullins is awarded honors in the police force and endearingly leaves a note for Ashburn in her old yearbook that she considers them sisters. 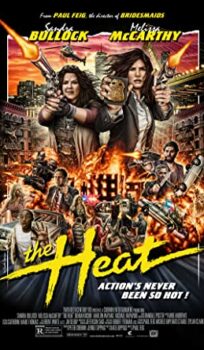