Disgraced protection agent Michael Bryce (Ryan Reynolds) must escort expert hitman Darius Kincaid (Samuel L. Jackson) to The Hague to testify against ruthless dictator Vladislav Dukhovich (Gary Oldman). Darius only does it so that his incarcerated wife Sonia (Salma Hayek) may be released.

After evading a number of Dukhovich’s men, the two make it to The Hague where Darius presents evidence to prove Dukhovich is a murderer. The villain tries to escape, but Darius catches him and kicks him off a ledge to his death. Darius then surrenders himself to the authorities.

Michael and Darius are now sort of friends while Darius reunites with Sonia after he breaks out of prison. 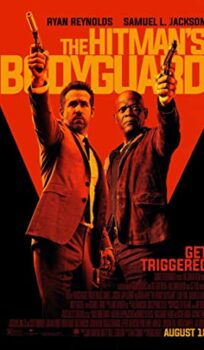