Thomas (Jean Durand) kills Phillippe (Mike Evans) and Harriet (Xernona Clayton) through voodoo, leaving only Andrew (Victor French) and Lorena (Janee Michelle). Thomas was killing them off solely because they were Christophes. His family, the Pettiones, had always had their voodoo power held in check by the Christophe family, which appparently weakened them. He absorbed Pauline’s (Mary J. Todd McKenzie) teachings so he could strengthen himself, and after she died, he planned to kill all of Pauline’s descendants to end the Christophe bloodline – except for Lorena. Because she was a direct descendant of Pauline, she therefore had the most voodoo power out of the four descendants, so he intended to marry her so the Christophe’s power would become his. He eventually succeeds in entrancing Lorena so she could do his bidding.

Everything comes to a head in Pauline’s bedroom: After Andrew frees Lorena from her trance, Thomas recites a spell that makes Pauline rise from her grave. When she comes upstairs, Thomas orders her to kill Andrew. However, Andrew – who had been reading a book on voodoo shortly before Lorena was first entranced – recites a counterspell he learned, ordering Pauline to protect him and Lorena. This successfully turns Pauline against Thomas, and with a spell of her own she sends Thomas falling out of the window to his death on the ground below. Pauline then leaves, returning to her grave.

Andrew decides to stay and live in the house so he could find out more about his bloodline and other things. He asks for Lorena to stay with him, but she refuses, due to being too shaken up over what she went through. 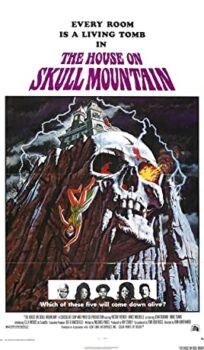