Ryan (Baldwin) figures out that Ramius (Connery) and many of his officers are trying to defect and turn over the Red October to the USA.

They stage a reactor leak to evacuate the crew and then get Americans aboard using a small sub. They fight off a Soviet sub sent to sink the Red October, as well as a crew member who has figured out the plot and who manages to kill Ramius’ second in command (Neil), make it seem like the Red October sank, and sail safely to the USA. 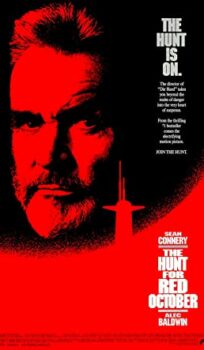