Pooper:
It turns out the trio stumbled onto government property where criminals are fed to carnivorous aliens. One government handler takes pity on Clint and helps him survive with the incriminating footage, but Jack and Atticus are killed by the aliens. Jon decides to turn over all the footage Clint saved to the head of the National Security Agency’s UFO division, who destroys it all. Jon and his wife are later killed in a car “accident.”

Long Ending:
The movie takes place after the disappearance of a three-person hunting-party/film crew (one person is recovered). The story follows both the story of the film crew, and the subsequent search for them. Though the stories are intercut, I divided them here for this pooper.

Film Crew Story:
Jack Hamberg (Joe Michael Burke) is an expert tracker and bow-hunter. He contacts his old friend Atticus Monroe (Robert Rusler), a former news cameraman who covered wars and is now a recovering alcoholic, to make a hunting video. Jack also decides to take along his young (around 10) step-son Clint (Mitchell Young) so they can bond. They secure the funding from Clint’s wealthy father Jon, who wants to encourage his son to get along with his stepfather.

As they journey to the site, local townspeople warn them to find another hunting site, but Jack ignores them. When they arrive at the site, they meet a bald-headed man who also unsuccessfully warns them off. As the trio wanders through the woods, they eventually find a deer, but only manage to wound it. They track the injured deer’s blood until they come to a massive gate with a “no trespassing” sign on it. The deer has clearly gone through a hole in the fence, and Atticus convinces Jack to continue the hunt onto the private property.

Once across, Atticus begins drinking from a flask and hearing voices. The three come to a site with weird machinery and piles of unidentified substances. Atticus is excited because he thinks they have stumbled onto a big story, but Jack forces them to turn around. When they come back to the gate, they can no longer find the hole in the fence. Atticus convinces them to spend the night there, with Jack bonding more with Clint. At their campsite, however, they find a prison-issued shoe. Jack grows more nervous and Atticus drinks.

In the middle of the night, Atticus stumbles off drunk. Lights and sounds suddenly pierce the woods, and armed men in helicopters and ATVs begin sweeping the area. Jack flees with Clint, but they can’t find their way out as Jack’s compass has stopped working. They also come to more sites with the weird equipment and substances. They finally get their bearings (using natural landmarks), but they run into Atticus finds who forces them, at gunpoint, to stay and help him get the story.

Eventually Jack realizes that the armed men are herding them, rather than trying to catch them. The trio are finally confronted in a field and blue lights flash in the distance. As the rest of the men retreat, one stays behind and removes his helmet. It is the bald-headed man, who works for the government. He says that this site is only supposed to house criminals, and that he hates his job. The bald-headed man says “they” hunt only by smell and takes some deer urine Jack has and dumps it all over Clint to mask his scent. He gives Clint all of the footage that Atticus shot before leaving. Aliens then attack and eat Atticus and Jack, but after smelling Clint, leave him alone (their noses are in their fingers).

Search Story:
After the trio never come home, Jon (Cliff De Young) and his wife and ex-wife launch a search effort, and they eventually find Clint near the fence. Soon after, the federal government shuts down the search for Atticus and Jack. Jon reviews the footage and begins looking for answers. The townspeople don’t cooperate, and the bald-headed man manages to elude him at each turn. Jon is finally scared off the search when he finds that his house has been bugged.

Jon decides to visit a contact at the National Security Agency’s UFO division. He hands over all of the footage he retrieved, including pictures of the aliens and the bald-headed man. The agent promises to investigate, though he says there is “always an explanation.” After Jon leaves, the agent begins destroying all of the evidence.

We then learn that Jon and his wife were killed soon after in a “car accident.” Clint has moved away with his mom, and they have changed their names. Atticus and Jack’s disappearance remains unsolved. The fate of the bald-headed man is never divulged. 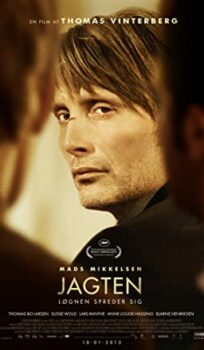