The two thugs, Joe (Tony Musante) and Artie (Martin Sheen), abuse and terrorize everyone on the subway car, for over an hour. When they begin to terrorize the little boy, Private Teflinger (Beau Bridges decides it’s time to make a stand.

Even though Teflinger has a broken arm and is wearing a cast, he attacks Joe, hoping the others will take courage and join him. They don’t- they’re all too afraid. Teflinger is stabbed several times, but manages to beat Joe into submission. Once Joe is defeated, Artie turns into a snivelling coward, and doesn’t put up much of a fight.The wounded Teflinger looks at the other passengers with scorn and confusion, since none of them even tried to help him. He chides his comrade Private Carmatti, “Where were YOU, buddy?”

When the train pulls into Times Square, the police come on board. First they try to arrest Arnold (Brock Peters), as he’s the only black man on the car. Finally, they take away the thugs and the injured Teflinger.

The rest of the passenegrs are too stunned to say or do anything, but they all exit the car sheepishly when a drunken hobo who’d been sleeping through the whole film falls off his seat. 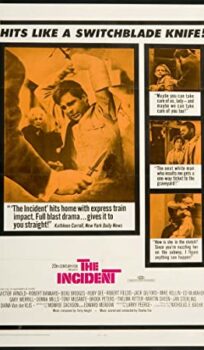