After fully healing from his second encounter with Bruce/Hulk (Edward Norton), Blonsky (Tim Roth) requests more of the serum, and is given it by General Ross (William Hurt). Bruce and Betty (Liv Tyler) meet Mr. Blue (Tim Blake Nelson) who reveals a stash of synthetic Hulk DNA to be used for good, but Bruce recommends his samples be incinerated because of the side effects, at which point a tranquilizer dart lands in Bruce’s shoulder. As Bruce is put into military custody, Blonsky confronts Mr. Blue and demands the Hulk DNA, which causes him to turn (irreversibly) into the Abomination. Abomination wreaks havoc on New York City until Bruce suggests he let the Hulk face it.

Hulk and Abomination duke it out in a very elaborate fight sequence. Hulk finally wins by choking Abomination into submission after screaming his catch phrase, “HULK SMASH!” The Hulk then escapes the authorities and makes it out to a rural part of British Columbia, where Bruce Banner continues his anger management, in order to control his alter ego rather than eliminate it, as he has accepted the fact that the Hulk is a part of him.

And back in the States, at an unknown bar, General Ross is approached by Tony Stark (yes, reprised by Robert Downey Jr.). After exchanging a few words, Tony informs that General that “We are putting a team together.” 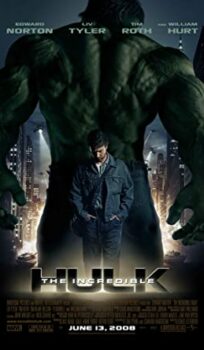