Mark Whitacre (Matt Damon) is a bi-polar (and possible pathological liar) scientist who got promoted to upper management at ADM.  ADM process corn.  Mark stated that a Japanese competitor called him stating that they have an anti-virus against ADM’s virus in their corn processing for a price.  This news brought in the FBI.  Mark may have created the bug himself and blamed the Japanese on it.  When the FBI special agent, Brian Shepard (Scott Bakula), goes over to Mark’s house to discuss the Japanese calls Mark’s wife, Ginger Whitacre (Melanie Lynskey) forces Mark to disclose to Brian that ADM is practicing price fixing.  This starts a 3 year relationship with the FBI as an insider into ADM.  Later FBI special agent Robert Herndon (Joel McHale) joined the team of Brian and Mark.

The FBI get the information they need from Mark and the other processors regarding price fixing.  ADM’s stock plummets and Mark loses his job much to his surprise.  Luckily Mark embezzled money from ADM.  He claimed that everyone was doing it but it was only him.  The FBI thinks that Mark took $9 million but during his video for a presidential pardon he told Robert that is was $11.5 million.  He also stated that he wouldn’t have took the money if he wasn’t working with the FBI as he needed a retirement plan.

Mark claims that he is an orphan because his parents died in a car crash.  Then he was adopted by a rich man who ran/owned amusement parks.  This is a lie.

The end of the movie states that ADM executives only had 3 year terms in jail while Mark spent 9 years.  He leaves jail into the arms of his loving wife. 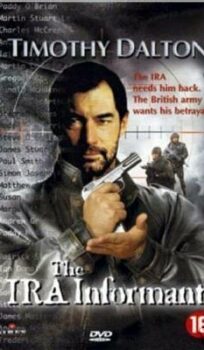