The recurring dream that Kelly (Daphne Zuniga) has been having is actually a memory trying to resurface.  She is not wealthy Dwight Fairchild’s daughter, Dwight (Clu Gulager) was having an affair with her mother (Vera Miles).  Her real father is the stranger from the dream, Jason Randall, who ended up getting horribly burned after Kelly walked in on Dwight and her mother in bed and tried to kill Dwight.  Randall survived his injuries and was hidden away in a mental institution.  Kelly’s mother and Dwight were married, and Kelly was brainwashed into forgetting her childhood.

Now, ten years later, Randall has escaped the institution and left a trail of bodies on his way to Kelly’s hometown for revenge.

Peter figures all of this out, finds out that Kelly has gone to the Fairchild building (a shopping mall) as part of her initiation into a sorority, and races off to save her after procuring a key to the mall from Kelly’s mother, who is mourning because Dwight’s body had just been uncovered by the police.  He arrives at the mall just in time to see Kelly, the last survivor, push Randall off of the roof in self defense.  Peter runs into the building and finds Kelly, who promptly stabs him.  Then the real Kelly runs in.

Turns out Kelly has an identical twin sister named Terry who was also locked away with Randall.  This explains all of the mirror confusion from Kelly’s dream — she wasn’t looking at herself in a mirror, she was seeing her twin sister.  It was Terry who tried to kill Dwight after the sisters found him in bed with their mother (which is why she got locked up).  Terry has been doing all of the killing, Randall had simply been hiding the bodies in an attempt to protect her.  And Randall wasn’t trying to kill Kelly on the roof, he was trying to keep her safe from Terry.  Now Terry wants to kill Kelly and take her place in the sorority — and the world — since no one would ever know the difference.  The two struggle, but just when it looks like Kelly is doomed Terry is shot down by their mother, who followed Peter to the mall to put a stop to the madness once and for all.

In the final scene Randall is loaded onto an ambulance — alive.  Peter has also survived his wounds and Kelly is standing with him, watching as her mother confesses everything to the police. 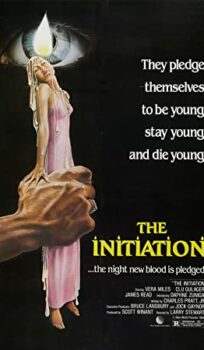