Clive Owen and Naomi Watts are two agents trying to prove that a major international bank is involved in shady dealings. Their plot is to promote war in the developing world by flooding it with cheap weapons, so that they can plunge the countries involved into massive debt which will give them effective control.

All of Owen’s attempts to prove the plot fail; his witnesses are murdered, as is anybody he arrests. Eventually Owen decides to take matters into his own hands and murders the bank’s president. In his last moments, the man tells Owen that nothing he does can make any difference.

During the closing credits a series of newspaper headlines show that he was right. After a little turmoil in the bank a new president stepped in and the deal went ahead as planned. The bank won. 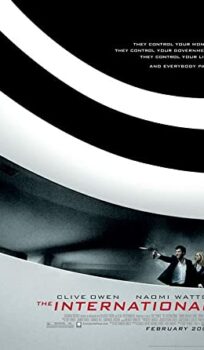