Harry Palmer (Michael Caine) escapes from his prison cell and breaks free of the compound which is in London, not Albania which he had been told. He calls his superior Dalby (Nigel Green) who is with Bluejay (Frank Gatliff). Dalby uses the mind control techniques that Harry has supposedly been brainwashed into following and tells Harry to call Colonel Ross (Guy Doleman). Dalby goes to meet Palmer at the compound, but when he gets there Harry forces him to surrender his weapon. They wait for Ross to arrive and Harry takes his weapon too. Dalby tries to use the mind control techniques to make Harry shoot Ross, but Harry fights the effects and shoots Dalby who is the double agent. 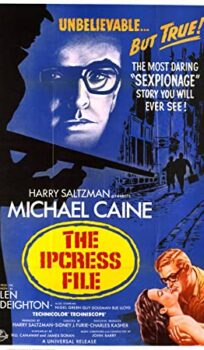